Women's Day: a glimpse into the meaning of gender equality

On a day that's celebrated worldwide, we challenged our team to share their thoughts about gender equality.

International Women's Day is celebrated worldwide as a call to action to drive gender parity. And that's why we challenged our team to give us their thoughts about these 2 questions:

Here's what they've shared with us:

What does gender equality mean to you?

Cláudia Pereira, Marketing Manager — "You can say gender equality is about having the same opportunities, status, or treatment. But it goes beyond that. Gender equality to me is accepting that we are all different and that we shouldn't be penalized for being different."

‍Eunice Costa, Product Designer — "To be a woman is to be free. Flying high without being afraid of falling, smiling without fear, love without boundaries. We are neither more nor less. We are what we want. We fight and we succeed. We dream and we can. We lose and we got stronger. Crying is not being weak but sensitive. What we wear doesn't express bravery but personality. What we like is not meant to please anyone except ourselves. To be a woman is to be free. Is to be ourselves. What we want and when we want it. And how beautiful it is to be a woman."

Jéssica Silva, Front-End Developer — "Gender (dis)equality should not be a topic in the 21st century. However, there is still a lot to do to achieve equality between men and women. 'Everywhere, women are worse off than men, simply because they are women', claimed António Guterres. Gender continues to be one of the big reasons for discrimination, especially in positions with a higher power, such as politics, which has to change. Gender equality means, for me, that men and women must always have the same opportunities, both personally and professionally. And don't let those opportunities ever be limited by gender."

‍Jorge Spratley, Product Owner - "The equal treatment of humans, regardless of their gender - the same opportunities and no discrimination."

‍Lisa Oliveira, Product Designer — "Educating old and new generations, that people are humans and should be treated fairly and in the same way. That your perception of what should be your right as a human should be for everyone else, socially and economically. That you should not be less for your color, gender or beliefs.

Your gender should not define your capabilities and what you are entitled to as an individual in society. You and the person beside you should have equal opportunities. And because this is to celebrate Women’s day, we should celebrate those who fought for our equality and freedom, women and men alike. We should still fight for women that are oppressed based on their color and/or their gender. Protect women (especially trans women) and to educate people that diminish them."

What do you do every day to foster gender equality?

Daniela Santos, Marketing Generalist — "Every day, I seek to empower women that are by my side. I tell to all the women in my life that they must speak up for themselves. That they don't have to be afraid of expressing their opinions, of following their dreams, of studying what they want to, of being whatever they wish. There shouldn't even be the feeling of being afraid, but it's out there. And that's why each of one us, both men and women, have to play an active role in the conquer of an equal world."

‍Gil Mendes, Principal Developer — "First of all, being a man, we need to be aware of our privileges in society. Only when we know our place we can act accordingly. Over the past two years, I have learned a lot about equality. Being my wife a black social scientist, these issues are always very present in our daily lives.

An interesting way that I learned to connect with these matters of differences is before acting, thinking if I would do or say X things if that person was not a woman, or if that person did not have Y phenotype. This practice avoids much pain or discomfort in other people.

I always try to break down the statements and show the machismo that, sometimes veiled, is behind the dialogues, many times considered normal, by a society that has been a victim of structural machismo that has lasted for thousands of years.

But in a very summarized way, exposing, speaking, informing and discussing matters is the best way to solve this problem, at once and for all."

‍Luísa Ferreira, Product Designer — "Fighting gender inequality is a way of life. Being a woman is harder in all aspects (at school, in the family/home, at night, at work, etc.). Fortunately, I have had different opportunities to contribute to the minimization of this problem - particularly in the corporate world. But I have the consciousness that I am an exception in this matter. I have female friends who negotiate lower wages than male friends because it increases the chances of getting the job, and they suffer from an intrinsic fear of not being able to get it because they are women. I encourage them not to be afraid."

‍Maria João Ribeiro, People Operations — "I teach the youngest (family members, friends' children) that there are no genders - there are people, dreams and skills. If we teach our children that the mother and father, the boys and girls from school, the grandfather and grandmother have the same rights and social responsibilities, we will have a much more equal and a fairer future."

‍Marta Lopes, Product Owner — "As I have a 1-year-old baby, my biggest job has been raising awareness in my closest family that there are no toys or clothes destined for boys or girls. Thus, he can play with whatever makes him fulfilled, whether it is a ball, a play kitchen or an apron. As he grows up and understands this concept better, this is the message I want to give him too: he can play and be whatever he would like, even if people tell him that 'that's not a boy thing'."

‍Raquel Rodrigues, New Business — "For me is all about education. From calling out sexism and harassment in my group of friends to explaining to my GenX parents that household chores need to be shared equally, to reinforcing an equal work culture and having difficult conversations with the leadership team.

I speak openly about the importance of exercising my political right and fight every day against unrealistic beauty standards, at odds with my own female friends. As hard as it is, I try to be really careful with biased language.

At the very beginning of my career, when I was working in a creative team as a copywriter, my partner and I were addressed in a client meeting as “the girls” - that was the first time I felt the stereotype strongly, but admittedly, I didn't recognise it until much later in life, and that's on internalized beliefs.

Education is the single most important pathway toward gender equality. The second has got to be the representation, and that is still fundamentally lacking."

Happy Women's Day! May the fight continue, and remember, this struggle does not just need to be fought by women. 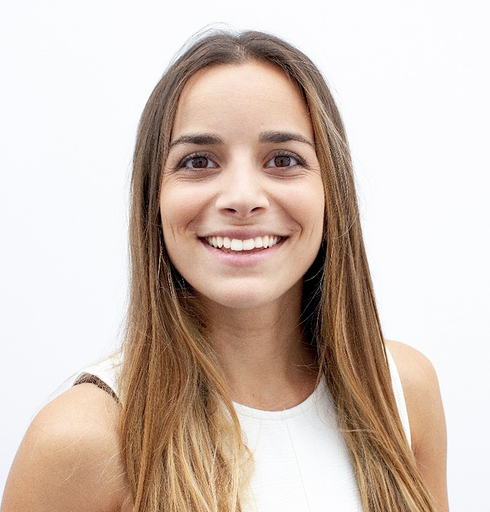 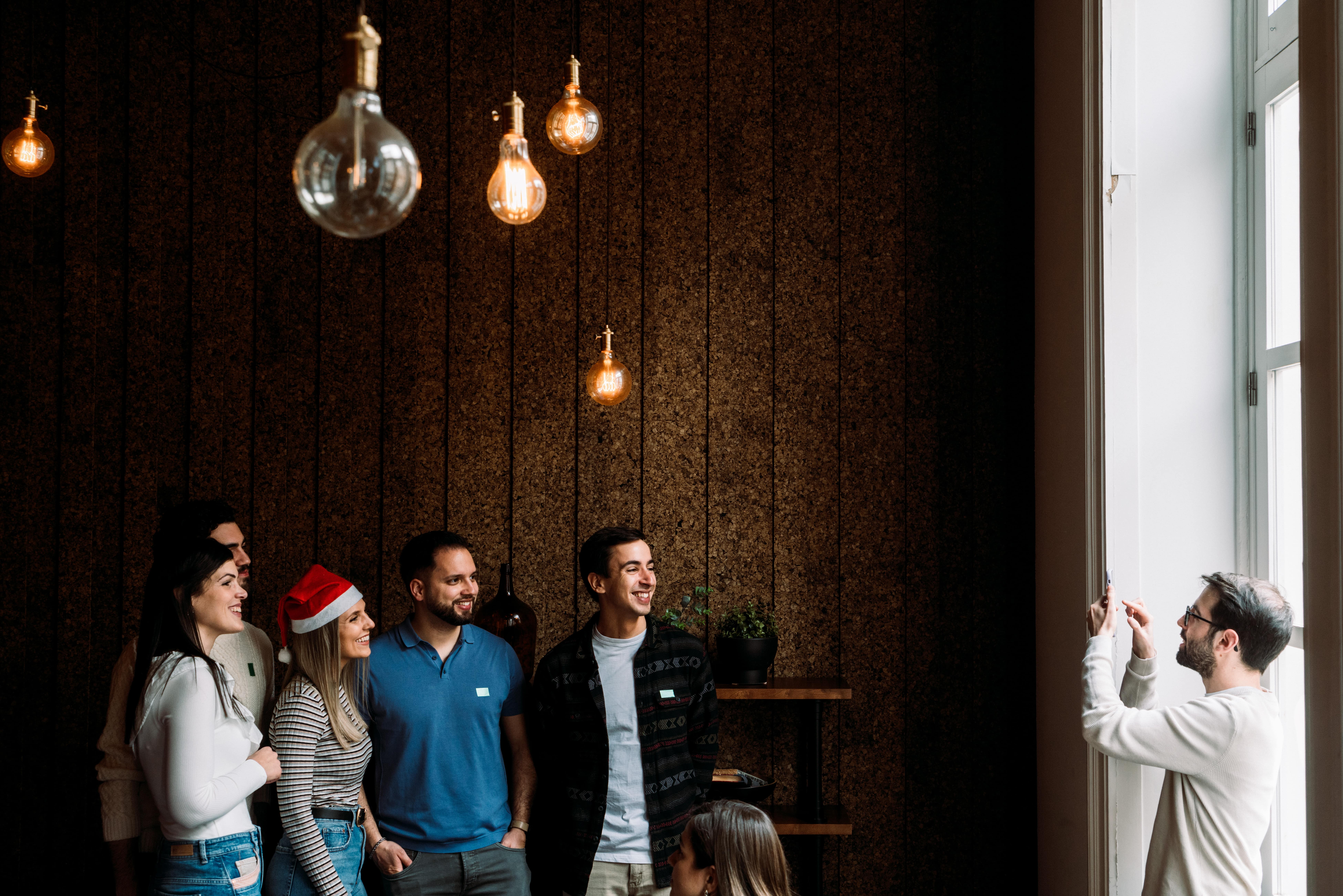 During the execution of our Organizational Model project, we felt the need to write down the desired Pixelmatters' team cultural profile key traits. And here they are.

Achieving focus while working from home

A poster on the wall of an office that I worked in said, "Being a Good Developer is 3% talent and 97% not being distracted by the internet". As a junior developer learning to find focus on my daily job, that sentence really resonated with me; I've been researching techniques and refining my method for focusing since then.

Pixel Kit: thinking inside the box for a change

This Pixel Kit marks a new era for our brand: we loved seeing it, but now we can touch it (and wear it too).

Because, every pixel matters.